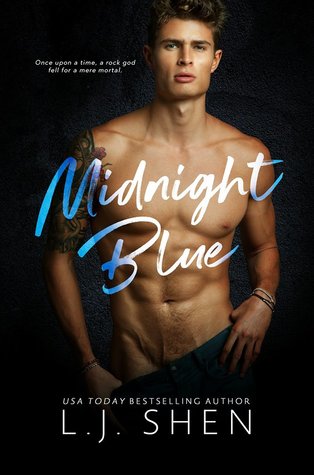 Good Evening! It’s been so long since I’ve written a post, but ahem, I am finding less and less time to take care of a blog properly. I can only make an exception for books I read from authors I like, just like today.
Genre: Contemporary Romance, New Adult
Publication Year: 2018
Part of a series?: No
You can buy it HERE from Amazon.comIndigo “Indie” has so many problems that could be resolved with the job she’s trying to get, but she has to babysit a famous rock star who has just been out of rehab and not let him go to the wrong path again. She accepts because she is desperate, but she likes the challenge and is determined to get the money she’ll get to support her brother and his wife and kid.

Alex is a famous rock star with millions of records sold that is about to hit rock bottom if he doesn’t stop sabotaging his career because he can’t accept his ex best friend and girlfriend have hooked up. He comes from humble origins but he is acting like a diva because of his anger and jealousy.

Indie reminded me so much of Emilia from L.J. Shen’s book “Vicious”, which is one of my favorites by her. Alex also reminded me a lot of Vicious, but he was more, more, more of an ass. There were times where I liked how he thought about things, but other times where I believed he was too much. Indie was a nice girl but sometimes I hated that she let Alex convince her to do something to satisfy himself but that she tried hard not to do. I would have loved more sexual tension between the two and see a stronger heroine.

But I liked the story anyway! As her previous novels, L.J. Shen knows how to write and knows how to create small words with deep characters. In her books I always end up liking the background characters as well because they are nicely painted on paper. Maybe she will write something about one of them as well?

hey, you! Thank you for stopping by. I'm Tweety, and I love writing, reading, and watching stuff on TV and write reviews about it. I am currently getting a Masters degree in English language and literature @ Orientale University in Italy, because I want to become a teacher someday. For the moment I only write stories on my laptop and review a lot of books. Speaking of which, I love contemporary romance, new adult, young adult and paranormal romance. Feel free to email/comment if you want me to read a book. :D