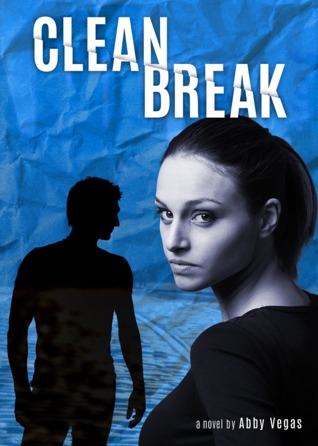 Nice beginning of the weeks, guys!
Today I’m going to tell you about a book I took on Amazon a few weeks ago and that I decided to read because of its plot that gave me Heartless City vibes… And I was glad I did.
This is the debut book of author Abby Vegas and it’s a New Adult romantic suspanse story that will keep you glue to your Kindle.

You can purchase it HERE over at Amazon.com.

Lane Havilland is alone and broke. Because of what happened in her past, she doesn’t have a family to support her or any friends. This is why she puts a lot of efforts trying to survive everyday and builds up walls around her not to let anybody get close. When she starts living in Brighton Beach, things change. After she moves into her tiny apartment that hardly lets air in, she meets Viktor, a dark haired Russian man who works as a handyman for the building she lives in, and he is dangerously mysterious.

When I read the blurb of this book I was hooked. For real. I am not a picky reader when it comes to books, but I have my favorite “tropes”. One of those was the fact that the main male protagonist, Viktor, had ties to the underworld of crime. Recently I’ve been allured to this theme and this book didn’t disappoint on this regard.

The story was steady. The POV is from Lane’s perspective and what she does is normal but it is not described in a boring way. I was surprised the author presented the events in such a dynamic manner and changed scenes or faded to black with the perfect timing. It was like watching a movie  – and this book would be perfect as a script. Lane is a woman who has lived a lot of hardship through her life, hardships that any other person could have been through. Her character is broke and alone at the beginning but she slowly finds her way out from the dark as she finds a new job and new friends and love in her life. Because of what she passed when she was younger, she hates liars and open up to people, blaming herself for the bad things that have happened so far. Yet she is kind and naive at times, opening up to people and healing herself in the process. Her journey was realistic and she wasn’t one of those female protagonists with candies in their heads. She faced the obstacles in her life rationally and emotionally and in the end she comes out as a winner.

Viktor himself was an interesting character. At first I was a bit sad that all we’ve got were things that happened through Lane’s POV because I wanted to know more about him, but then somewhere towards the end I realized why. The author made me really happy with how his outcome was in the end, because <spoiler>I watched a korean drama with an undercover agent and I was craving for a role like this and the book satisfied my need. At around 70% I wished that Viktor was somebody like this in the special forces or something and I got it right. I was happy about this, not annoyed that I guessed it right, because another person wouldn’t have figured out until after the Rego Park commotion that he could be acting as somebody he was not for a 007 kind of work.</spoiler>

I loved how suspenseful this book was and how I was intrigued to want more. I’d definitely read something else from this author if she keeps on crafting her books like this.

hey, you! Thank you for stopping by. I'm Tweety, and I love writing, reading, and watching stuff on TV and write reviews about it. I am currently getting a Masters degree in English language and literature @ Orientale University in Italy, because I want to become a teacher someday. For the moment I only write stories on my laptop and review a lot of books. Speaking of which, I love contemporary romance, new adult, young adult and paranormal romance. Feel free to email/comment if you want me to read a book. :D